The Lurker Below, Healer Guide

This page covers a healer-focused strategy for The Lurker Below in Serpentshrine Cavern in The Burning Crusade. While it's tailored for healers, other roles may also find the information useful. If you have any suggestions or feedback, you can leave a comment below or tweet @PrestonDvorak.

This guide has been updated and maintained based on my own experiences with the encounter, combat log information, and Dungeon Journal information. I'll continue to update it as-needed.

Stage One - The Lurker

This stage begins the encounter and ends after 2-minutes, it begins again following 60-seconds in stage two.

The notes below mostly pertain to progression difficulty, meaning if you out-gear the encounter or use extra healers they may not apply.

Below are the DBM settings I'll be using for The Lurker Below in Serpentshrine Cavern. You can set them up however you'd like, but these ones should work well as a starting point.

Healer DBM Settings for The Lurker Below 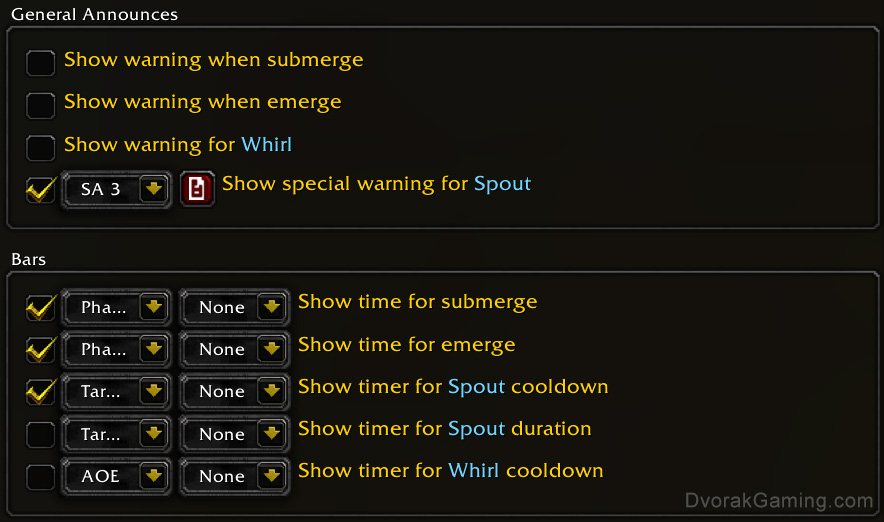