Updated 5 years, 5 months ago by Preston in Patch, Warcraft. View the change log.

With Patch 7.2.5 coming on June 13, 2017, I wanted to compile a list of changes that are affecting Restoration Druids. As usual, you can tweet @PrestonDvorak or leave a comment at the bottom of the page with any questions or feedback.

There are quest and content spoilers ahead, proceed with caution if you want to avoid them!

There are also several PvP-specific changes to spells and honor talents. Keep in mind, I'm not a highly competitive PvP'er, so some of my theories on the changes may be wrong. I'm always open to feedback!

The items below are being added with patch 7.2.5.

Soul of the Archdruid

This ring simply gives you the Soul of the Forest talent. Based on my testing on the PTR, I expect this ring to be of average power. It'll be something you may like if you enjoy the Soul of the Forest playstyle, or if a boss encounter can make use of the buffed heals consistently. It also synergizes pretty well with the T20 2-set bonus, assuming you're reducing the cooldown of your Swiftmend consistently. Overall, it'll be an interesting legendary to watch once more logs are available from live servers.

This helmet gives your Wild Growth a chance to grant you Tree of Life for 12-seconds, with the Tree of Life functioning exactly how the talent does (increased healing, extra targets for Wild Growth, instant Regrowth, etc). I expect this to be another average legendary item. I wasn't able to test it on the PTR during fights with consistent Wild Growth usage, but I imagine it could be a situational legendary for fights that have you using Wild Growth nearly on cooldown. The Tree of Life buff lasts long enough to get off another Wild Growth to take advantage of the additional targets, giving it an even larger benefit on fights that need Wild Growth constantly. As with the other new legendary, it'll be interesting to see how things play out when more logs are available from live servers.

The items below are being changed or updated in patch 7.2.5.

Aman'Thul's received a change to the maximum number of seconds a Rejuvenation can be extended, from 15-seconds to 9-seconds. This change isn't very noticeable other than when you're pre-HoTing in preparation for damage, making it a little harder to get Rejuvenations on everyone. Overall, I didn't make any changes to my play style and the shoulders still seemed effective. This change just dials back how insanely powerful they were. As with the other items, I'll be watching live logs closely to see how the shoulders perform with the change.

While not coming immediately in 7.2.5, a new tier set will be released with the Tomb of Sargeras raid on June 20, 2017. This particular set is modeled after the Tier 6 set from the Black Temple raid in Burning Crusade, with several re-colors, high-res textures, and special effects on the Mythic version. 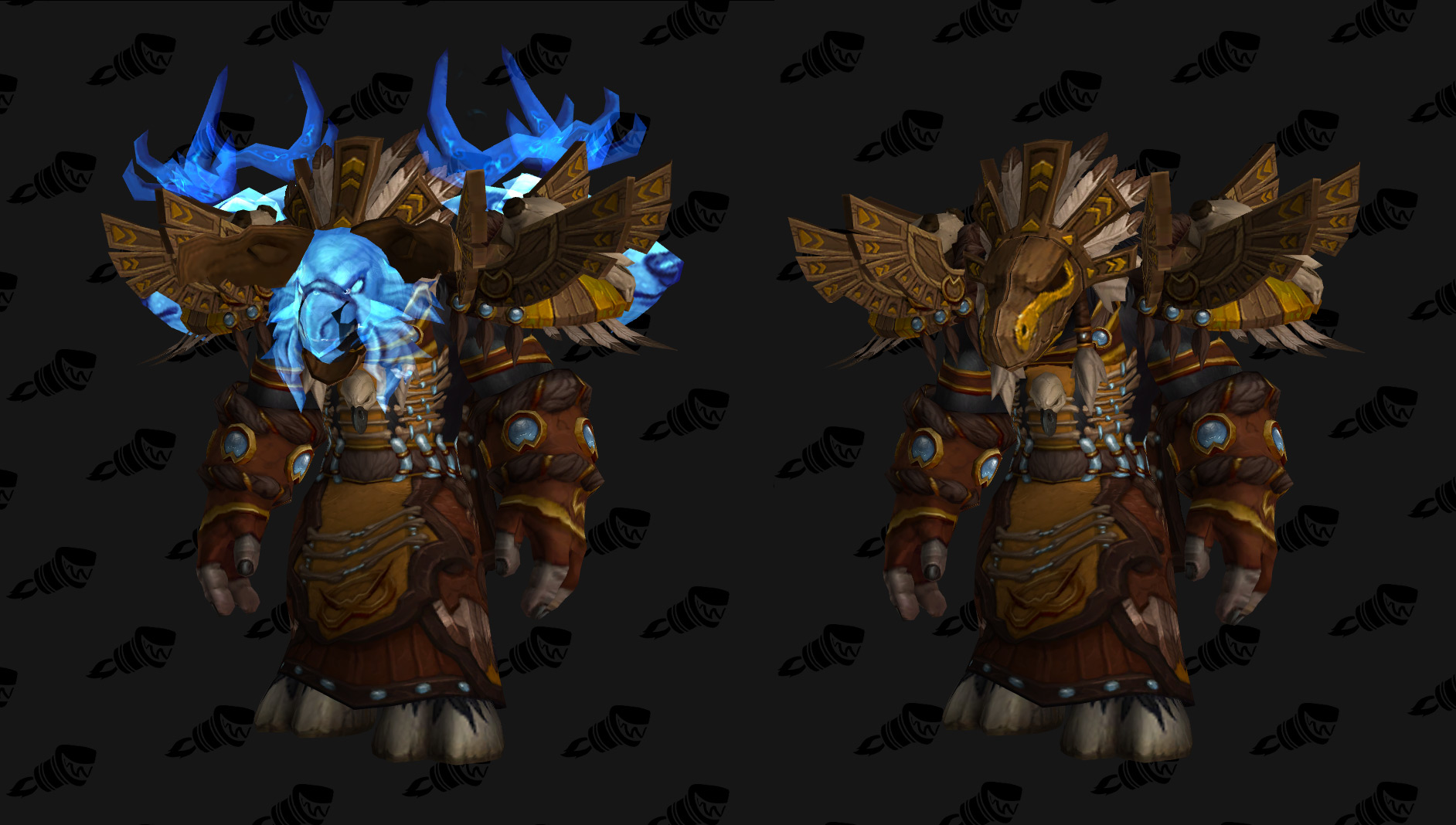 The set bonuses are also quite good. Maybe not quite as easy to use as the T19 bonuses from Nighthold, but if you're already used to using Efflorescence and Swiftmend, you shouldn't need to adjust your play style much.

The 4-set bonus is a very large increase to group healing if enough of the group can be inside Efflorescence. With my limited experience with Tomb of Sargeras encounters, this doesn't seem like it's going to be an issue.

In addition to content specific to Restoration Druids, there is a ton of new playable content being added to the game. I won't have detailed explanations here, but I wanted to at least mention everything.

The Tomb of Sargeras is a nine boss raid instance coming on June 20, 2017. You can prepare yourself with my healing boss guides.

A new single-player scenario quest line takes you through time to help Chromie prevent many of her own deaths.

The Black Temple raid is being added to the timewalking system and will be active any time the Burning Crusade Timewalking event is available. The raid is not available through the LFR system and you'll instead need to make or join a group manually.

There are even more, smaller features coming, including:

You can see all of the changes in Blizzard's official 7.2.5 patch notes.