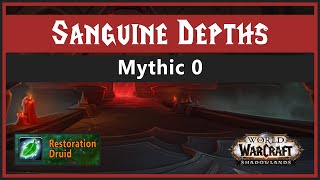 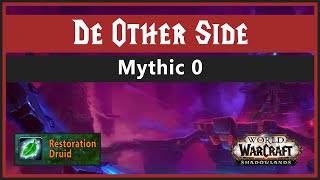 Field Photographer Friday is a weekly look at the lore and history behind locations around World of Warcraft. This week, we're taking a look at the Gurubashi Arena!

Constructed by the Gurubashi trolls over ten-thousand years before World of Warcraft's time, the Arena stands as a relic of the great troll empires. Perhaps less glamorous than in its glory days, it is now used for entertainment by pirates who entice adventurers to fight over treasure in the Arena.

Assuming the arena was built at the height of the Gurubashi Empire, it would have sat deep within their lands near the capital of Zul'Gurub, in what came to be known as Stranglethorn Vale thousands of years later. It's unclear exactly what the Arena was used for, but given the stadium-like construction it was likely used for gladiator battles. Whether these were fought willingly by troll gladiators, unwillingly by prisoners, or a little of both, isn't known for sure.

The architecture of the Arena is pretty unassuming, with the most ornate feature being two towering serpent heads just outside the main gate. These are likely a tribute to Hethiss, one of the Loa worshipped by the trolls. The trolls believe the Loa are able to bestow powerful gifts or terrible curses upon them. These serpent heads were probably meant to entice blessings upon troll gladiators on their way to the Arena.

The Gurubashi Arena likely fell out of use during the Gurubashi Civil War, the aftermath of which saw the empire split into five separate tribes, most of which now live in their own settlements nearby.

Around World of Warcraft's release, pirates moved into the Stranglethorn Vale area and began using the Gurubashi Arena for their own entertainment. The pinnacle of which is the Gurubashi Arena Booty Run. The event takes place every three hours starting at midnight, and begins when Arena Master Short John Mithril places a treasure chest in the very center of the Arena. While in the Arena, adventurers engage in free-for-all, player-versus-player combat where your faction affiliation is irrelevant. This continues until someone successfully opens the chest and claims the treasure. While the treasure itself isn't anything too special, it does contain items tied to several achievements and an heirloom trinket.

The Gurubashi Arena has stood unchanged for over ten-thousand years, surviving both The Sundering of Azeroth in ancient times and The Shattering during the Cataclysm expansion. With the nearby troll tribes still at odds with one another, and the pirates controlling the other areas in Stranglethorn Vale, I imagine it won't be seeing upgrades anytime soon. Instead, it will continue to remain as a source of after-hours entertainment and savagery, probably not unlike its original purpose.